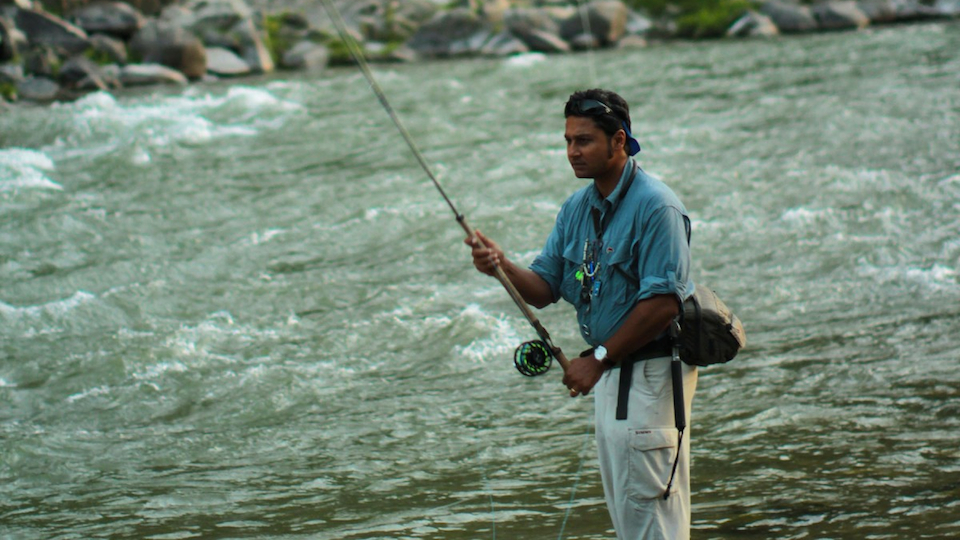 Born and raised in New Delhi, it was 1994 before Misty was first seduced by the mighty Himalayan fish which he calls the Majestic Goddess. Today Misty is the world’s foremost authority on fly fishing for golden mahseer. He owns and operates The Himalayan Outback, has appeared in multiple television shows, was certified as the first FFF Casting Instructor in India, and represents the International Game Fish Association.

Misty has participated in numerous conservation efforts toward sustainable community-based angling tourism. These efforts have yielded positive results in protecting mahseer habitat—the ecosystems of some of the planet’s most remote rivers. Misty and his wife Aikta Suri make their home on the edge of a tiger reserve in northern India—unless Misty’s pursuing the Majestic Goddess to the ends of the earth.