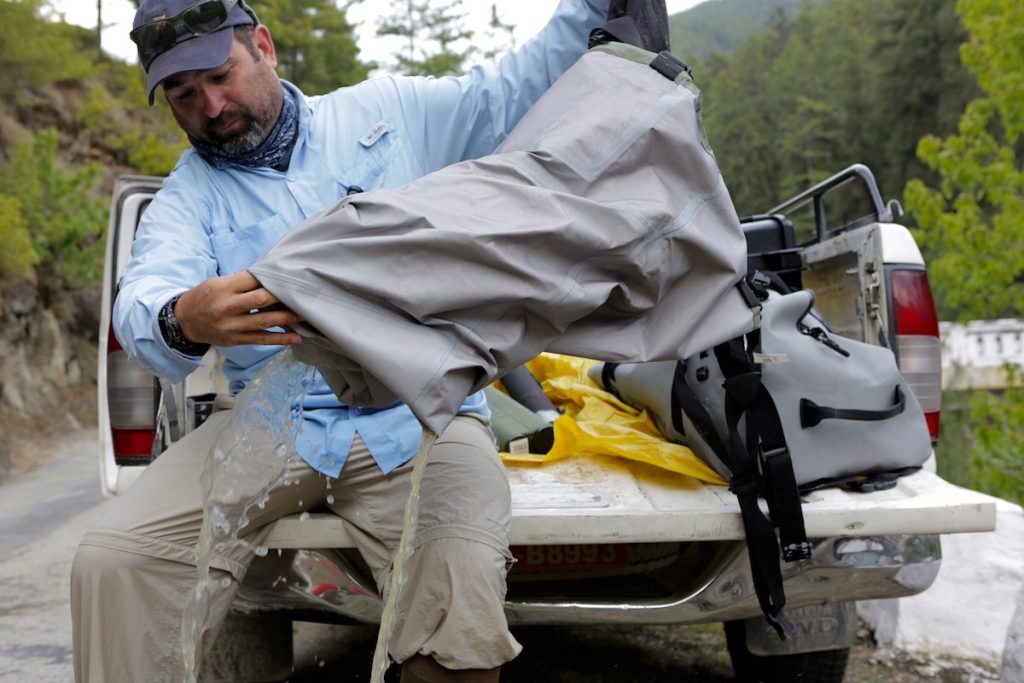 André was raised in Paris and London, becoming fluent in five languages. He has trekked from Alaska to Argentina, from Cairo to Capetown, and from the Rocky Mountains to the Indian Himalayas. During a two-year motorcycle trip around the world, he was inspired to use his travel blog (and his wall street colleagues) to raise funds for an orphanage in Kathmandu, Nepal.

In all his travels André is inspired equally by lively human interaction and by the stillness of raw nature. He has a special fondness for riverine ecosystems such as the habitat of Bhutan’s golden mahseer. A previous journey to India and Thailand, in the company of Bryant Dunn and Misty Dhillon, introduced him to the mysteries and challenge of fishing for mahseer. He was hooked, the fish were not. Between globetrotting adventures, André calls New York City home, where he manages a hedge fund.