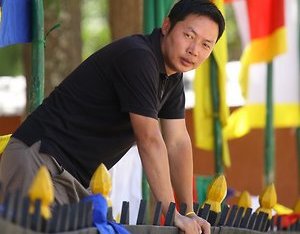 Born and raised in Bhutan’s capital of Thimphu, Paco completed his film studies at Sydney Film School in Australia. He has worked on more than 20 feature films and shorts as director, writer, cameraman, and editor, including the sumptuous short film Mandala. Paco is a leader in Bhutan’s nascent film industry, having served as an executive with the Bhutan Film Association. < back