Limited Theatrical Tour in the U.S. 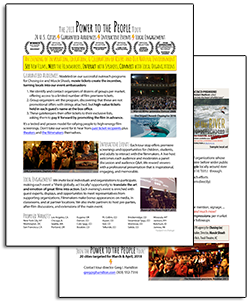 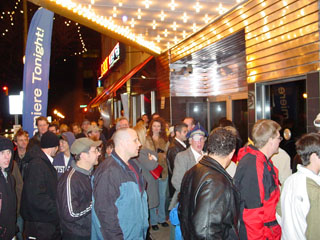 A Tested and Proven Approach

The producers of Power of the River share a combined six decades of success in independent documentary filmmaking and niche distribution. It all began with their tenure managing the world’s longest running film series, the Warren Miller ski movie tour (now in its 69th year). Their premieres were less like movie screenings and more like rock concerts: they packed theaters over 2,000 seats per show; they created loyal audiences eager to engage with the film and its partners; and they achieved massive per-screen box office averages (including what were, at the time, 6 of the top 100 documentaries ever: the films of ’93 to ’98).

The limited theatrical release of Power of the River will merge the winningest approaches in our producers’ work on some of the most successful independent documentary film releases in history:

That’s how our producers like their film tours … and so do audiences, theaters, and each tour’s partners. The secret is rock-solid execution on ambitious strategies backed by proven tactics.

Power of the River‘s 20-city tour will select from the hundreds of theaters we’ve previously booked for successful film premieres. The team behind the tour is among the country’s most seasoned movie promoters with a proven ability to rally audiences to a film’s crucial first few nights in each theater.

Benefits to tour partners include access to guaranteed audiences; grassroots outreach creating millions of potential impressions; and turn-key management of a partner’s connection to consumers before, during, and after each event.

Learn more about our past work in film distribution or contact Greg to be part of the film’s tour!