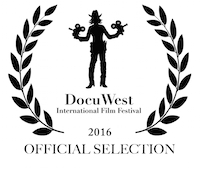 It’s an honor to be included among this year’s selections, which include: a film from an Oscar-nominee and Emmy + Peabody award winner, two award winners from this year’s Sundance fest, and two films that just had their world premiere at Tribeca. Past DocuWest films include The Crash Reel (one of the most important sports documentaries ever); Oscar nominees Virunga and Chasing Ice; Meet the Patels; Good Ol’ Freda; Rory Kennedy’s Last Days in Vietnam; and our editor Jocelyne Chaput‘s beautiful film People of a Feather, which played DocuWest in 2013.

Power of the River had its world premiere Sunday, May 15th— a 10:00 AM morning matinee— at the gorgeous new History Colorado Center.

Power of the River needs your help to finish the last few details on the film and share it with the world. Please support our efforts today: