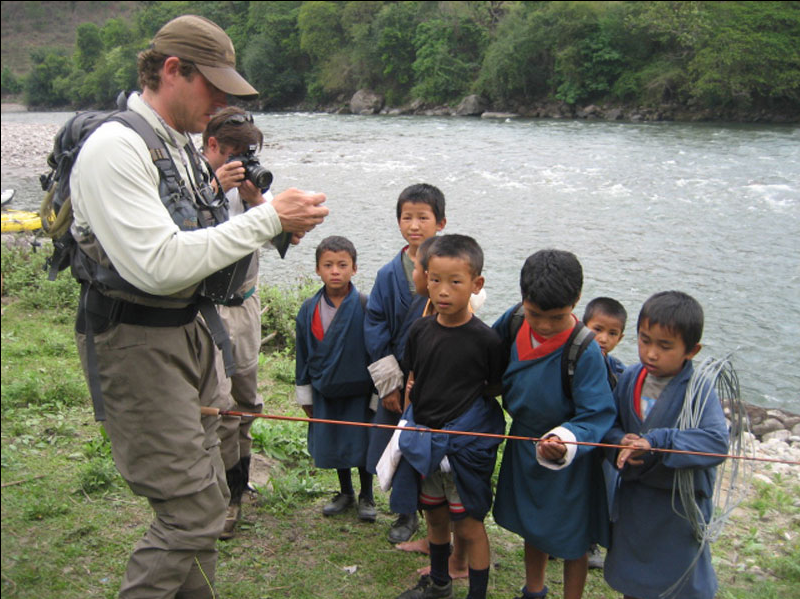 Bryant’s passion for fly fishing and exploration began in the rainforests of the Olympic Peninsula. Six continents and 50 countries later, Bryant has cast flies throughout the Arctic, Africa, Europe, India, Southeast Asia, and Central America, while pioneering some the Himalayas’ most remote fishing destinations.

Bryant was hired in 2007 to assess the ‘fishability’ of Bhutan. He has returned several times and subsequently founded a travel company specializing in travel to the Himalayas and beyond. He has hosted multiple outdoor TV series, is a Federation of Fly Fishers (FFF) certified Casting Instructor, and serves on several pro staffs. From his Idaho home, he also runs Sun Valley Outfitters, supervises the local ski patrol and chases steelhead with his wife Debby and their four children.